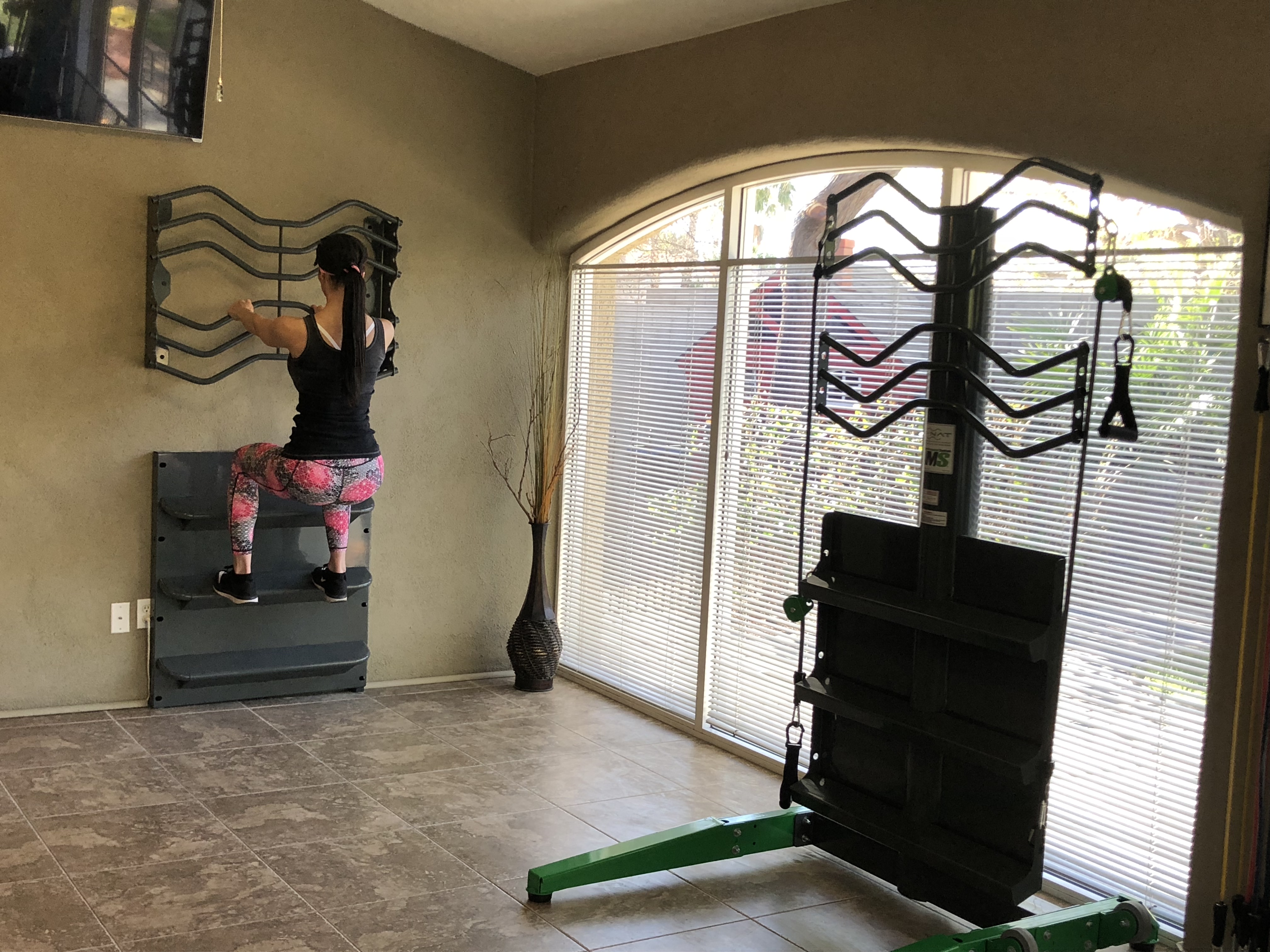 What is Vertical Movement™?

Vertical Movement™ is exercise performed on a vertical surface with only you as the means of attachment.

Vertical Movement™ is exercise performed on a vertical surface that does not allow the brain and body to establish a “safe” state of equilibrium. Once attached to the vertical surface of a Vertical Movement System™ (VMS™), the angular leverage forces created on the body for more than a moment by the weight of the body’s torso triggers the sympathetic nervous system (SNS) to involuntarily activate 603 motor muscles and recruitment of 200+ muscles at any one time in Tensional Lines.

Horizontal training is exercise performed on a horizontal plane or support surface that stabilizes the body and permits the body to find and maintain a “safe” state of equilibrium and a sense of relaxation or balance. Some examples of this (but not limited to) are exercises done on the floor, on a seat, on a bench, on a table or in the water. Horizontal training requires voluntary activation and recruitment of select muscles and is limited to the recruitment of 5-10 muscles at any one time on each side of the body in isolation or regional chains of muscles or Myofascial Lines. While effective, horizontal training is inefficient and restricted by the minimal amount of muscles being recruited by the body to participate in the exercise movement.

How does a G-NAT™ Vertical Movement System™ work

and what exactly is GNA (Global Neuromuscular Activation)?

When properly executed, training on a Vertical Movement System™ activates the sympathetic nervous system (SNS) by internally preventing the body from establishing a “safe” state of equilibrium. This sympathetic response or activation is called Global Neuromuscular Activation (GNA). GNA is when 603 of the body’s motor muscles are activated by the brain and are put on standby ready to work.

Vertical Movement™ is a clean, “soft” (non-emotional) trigger because the user feels perfectly safe after stepping up onto a Vertical Movement System™ (VMS™). However, all 603 motor muscles are activated by the brain and put on standby, readily available for recruitment. This activation occurs because the brain recognizes the position the body is in and the effect of downward angular force on the body as creating a real threat that the fingers might fail to maintain attachment and there will be an abnormal direction of descent due to foot position. By tricking the brain into thinking the body is in potential harm, a better state of performance and improvement of neuromuscular systems occurs.

We completely understand that all this science sounds complicated. And it is, to your brain and your body! However, we’ve done the homework for you.

So, what does all this really mean to you?

Well, to put it simply: Increased results in less time!

Vertical Movement™ allows you to benefit from all the positive effects of GNA. Recruit and use 200+ muscles simultaneously for your workouts without any negative side effects. And, with this many muscles involved at one time, the amount of time you will spend training will be much shorter and exponentially more efficient!

What are some of the advantages of Vertical Movement™?

Well, it is! And that is the fascinating
phenomenon of Vertical Movement™.

Try it for yourself, feel it and become a
part of the Vertical Community. 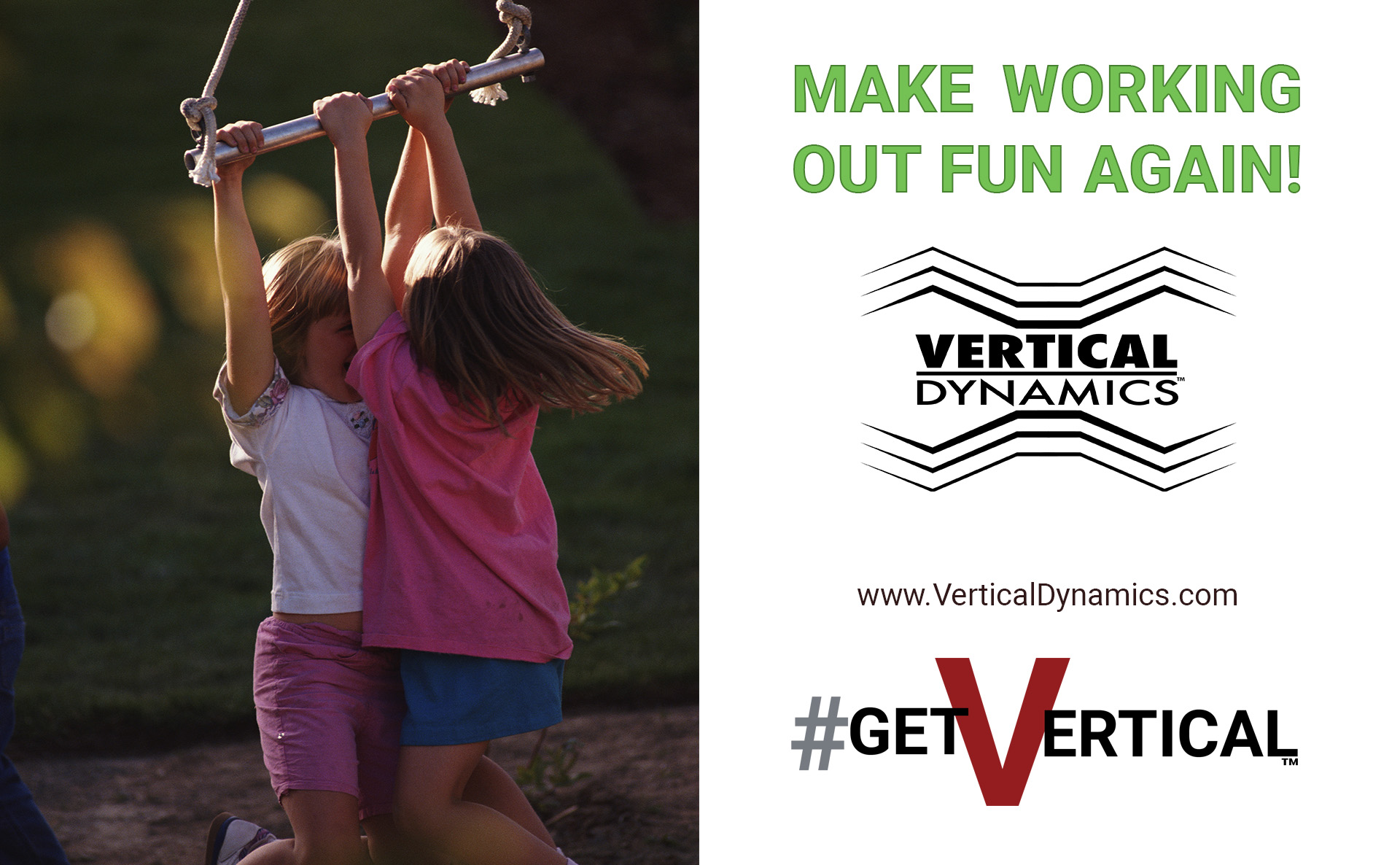 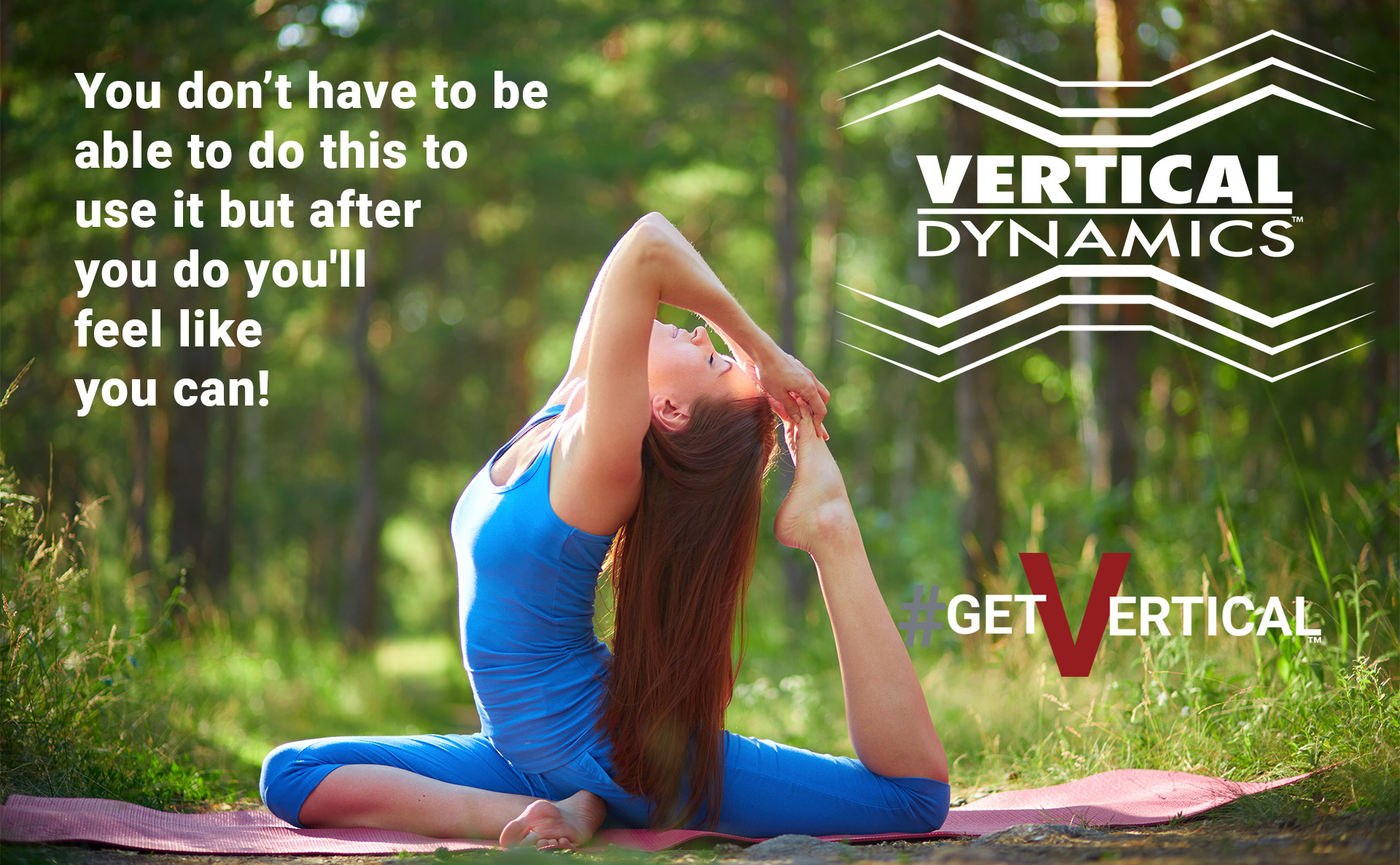 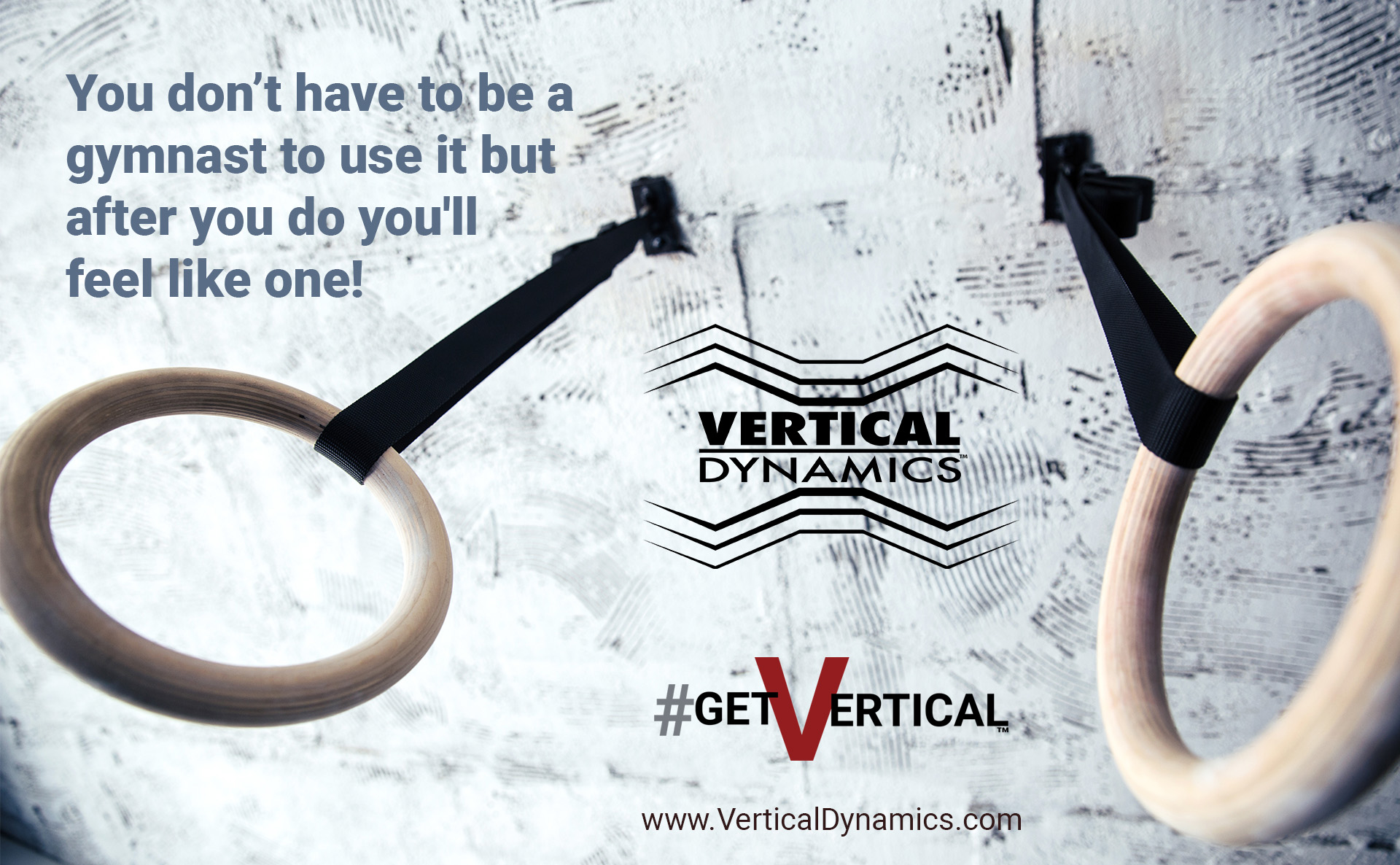 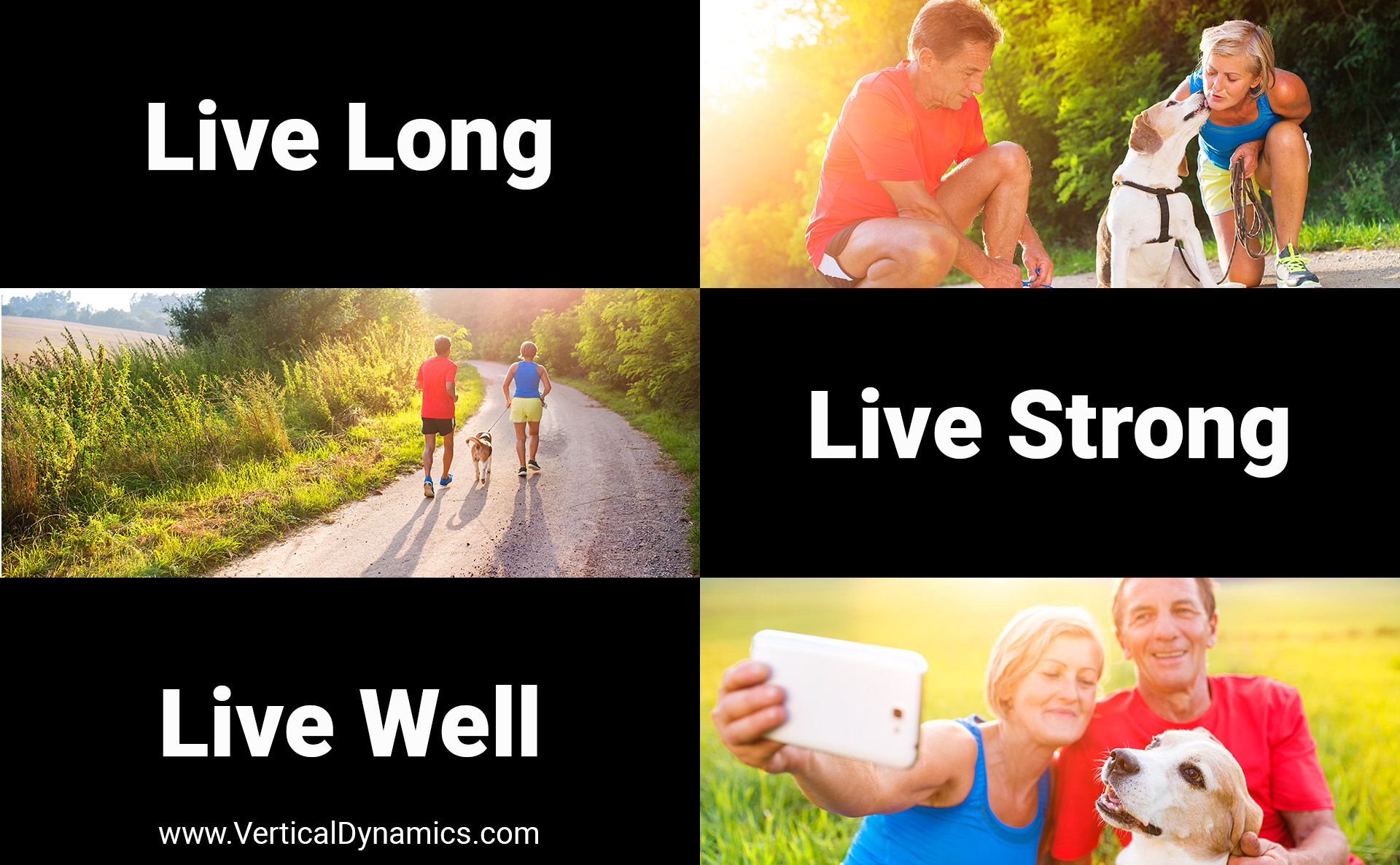 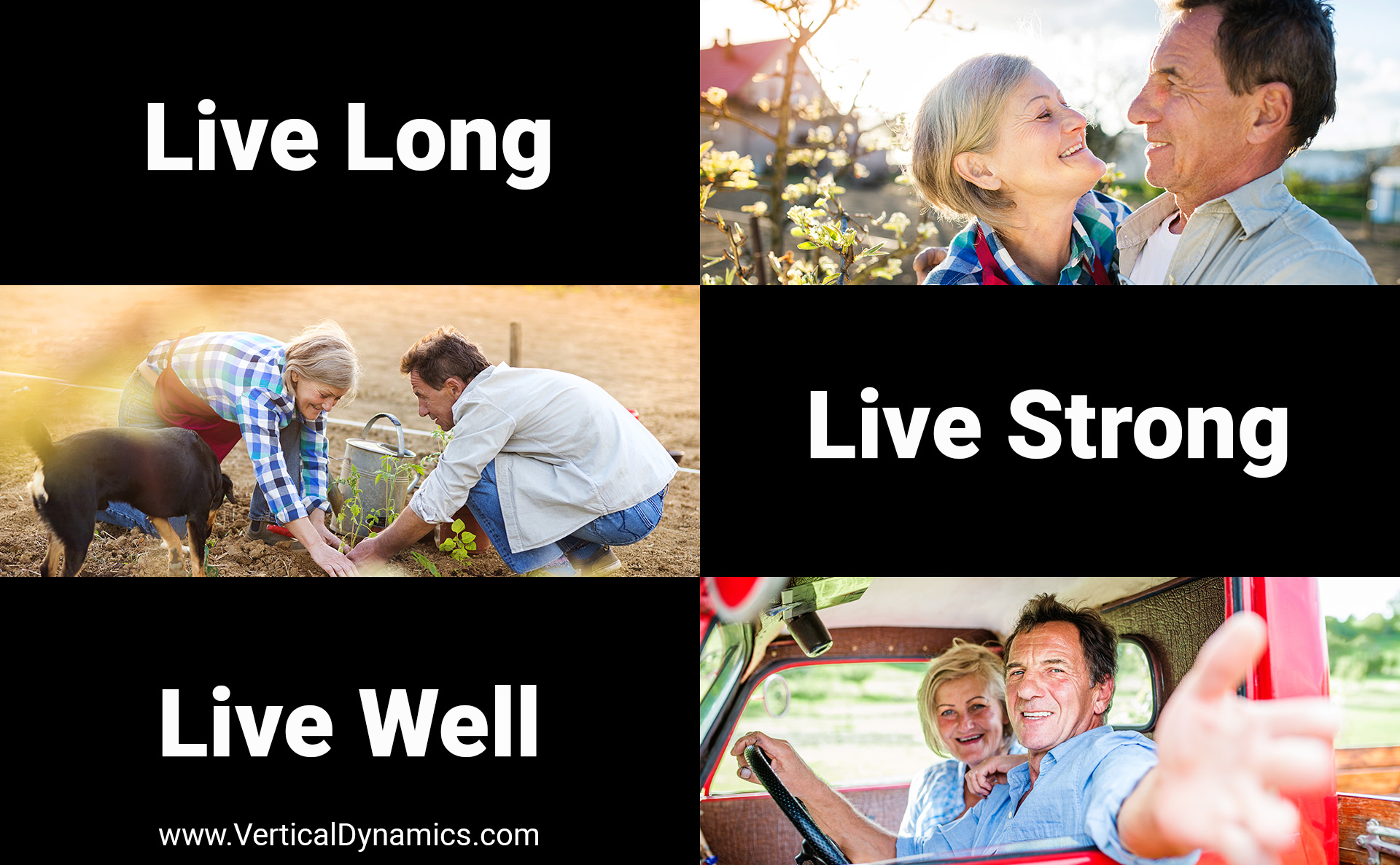